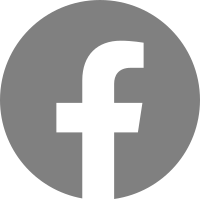 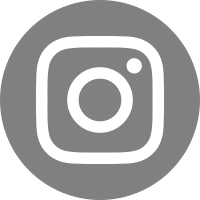 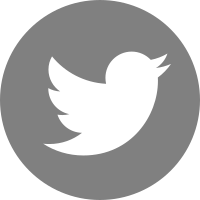 So many people!  Our little village was spilling over with people that had journeyed from all over Judea for Passover.  My family had rented out our upstairs rooms for a few of the travelers to stay the week, along with my Uncle Thaddeus who had travelled all the way from Nazareth.  I love when Uncle Thad visits.  He always bring presents and I really think he enjoys playing with me and Zeke more than sitting around the kitchen table with the grown-ups.

By the way, Zeke is my little colt.  He was born during the harvest season and he loves apples.  That’s actually where my story begins — with apples.  You see, I was sitting out on the front steps of our home watching the people walk to the little market next door when an apple fell from someone’s basket and rolled right in front of Zeke.   My eyes widen as the owner of the basket came agitatedly towards the run-a-way apple trying to grab his lunch before it happened.  Without even wasting a second, Zeke bent his head down to the ground and snatched that apple right up.  “Crunch!”  It was gone!

The man looked furiously at Zeke and then his angry eyes turned towards me.  I gulped so loud my Uncle must have heard it, for he came to my rescue.  As he was attempting to calm down the apple owner, two men walked up.  They tapped the irate man on the shoulder and handed him another apple, which seemed to appease his rage and he stormed away.

I thanked them men for rescuing me and they smiled back, not saying a word.  But then, they started to untie Zeke and our mama donkey from the post.

“What are you doing?  Why are you untying my donkey” my voice shaking with a bit of fear for what was happening.

“The Lord has need of it,” was their reply.

I looked up at Uncle Thad for help, but he simply nodded assuringly as if he knew the One who needed my pet.  I watched for a moment as Zeke and his mama were led away and turn toward my Uncle in time to hear him say,   “Why are you just sitting there?  Go!  Follow them and see where they take them.” Being granted permission, I dodged my way through the crowds and followed them up the hill just outside our village.

They walked towards a man who was surrounded by a small crowd of people.  The men who had taken Zeke placed their cloaks on his back and their friend, the one whom they called Lord, sat upon him.  I couldn’t believe how calm Zeke was.  My little sister had tried to ride him just the other day and he threw a torrential fit! But all seemed right as the man reached out and stroked Zeke on his neck, which caused him to bray with content.

As they travelled down the hill towards the city, the people were making a path out of their own cloaks and palm branches, laying them down on the path.   Zeke walked steadily with his mama by his side as he carried his precious cargo proudly.  The people were shouting: “Hosanna, save us now!  Blessed is the King, the son of David.”  Their cries echoed from our village to the gate of Jerusalem.

That’s when he saw me.  The man riding Zeke glanced my way.  His smile was gentle and kind.  He nodded as if to say it was okay that I was following along.  It was as if he knew his transport was my beloved pet.

I followed closer as the cries of the people echoed louder and the people in the distance ran to see.  They all seemed so happy this man had arrived.  The excitement made my steps swifter than before and I soon found myself ahead of the procession.  I turned back and noticed the man on the donkey did not appear to be delighting in the crowds approval, for He was crying.  Why did He look so sad when it appeared everyone else was celebrating?

As we neared the city gate He brushed the tears from his eyes before finding his place back on the ground.  He motioned for me to come close and He put his hand on my shoulder.  His smile was like none I had ever seen as His eyes gazed deep into my soul.  He handed me the rope that was fastened around Zeke’s neck and utter the words, “Blessing, my child. The kingdom of heaven belongs to you.”

He walked through the gates of city as some followed close behind.  Others picked up their coats and the palm branches to head home.  I stood at the gate frozen until he disappeared from my view and then, awakened from my stillness by the nudging of Zeke’s head a it brushed against my back, I  turned to head home.

The noise of the crowd rumbled in the distance, but all I could hear were His words of blessing to me.  “The kingdom of heaven belongs…”. to me?  Who is this man that He would be able to give me such an honor.  I could still see His face so clearly with tears glistening in the light.  I wondered if He was crying because the people didn’t really understand why He was there.  They were praising Him as if He were a great leader, a King, and yet the sorrow of His eyes displayed a man who was misunderstood.

As I returned home, Uncle Thad was waiting for me on the front steps.  I explained every detail that I had seen and heard.  I told him all about the man and His words of blessing to me.  Uncle Thad smiled and spoke confidently,  “Today you met Jesus.”  He paused a moment and reflected,   “He grew up just a few houses down from me in Nazareth.  When He became a man,  He began to teach the truths in the Scriptures and do amazing miracles like healing the sick and even raising the dead.”

My eyes became wide as I heard the stories of this Man my Uncle knew.  “You know,”  Uncle Thad continued, “I was kinda skeptical of Him and all He did, but today when those men came to get your colt, I just knew.  Something deep down within my soul knew that it was for Jesus.  I have a feeling that today something big is unfolding right in front of us.  Something that will change our world forever.”

Uncle Thad stood up and tussled my hair in his hand as he went inside.  But me, I couldn’t seem to move.  My thoughts reflected back to all that had happened.  Today, I had met Jesus and do you know what?  I don’t think I will ever be the same!