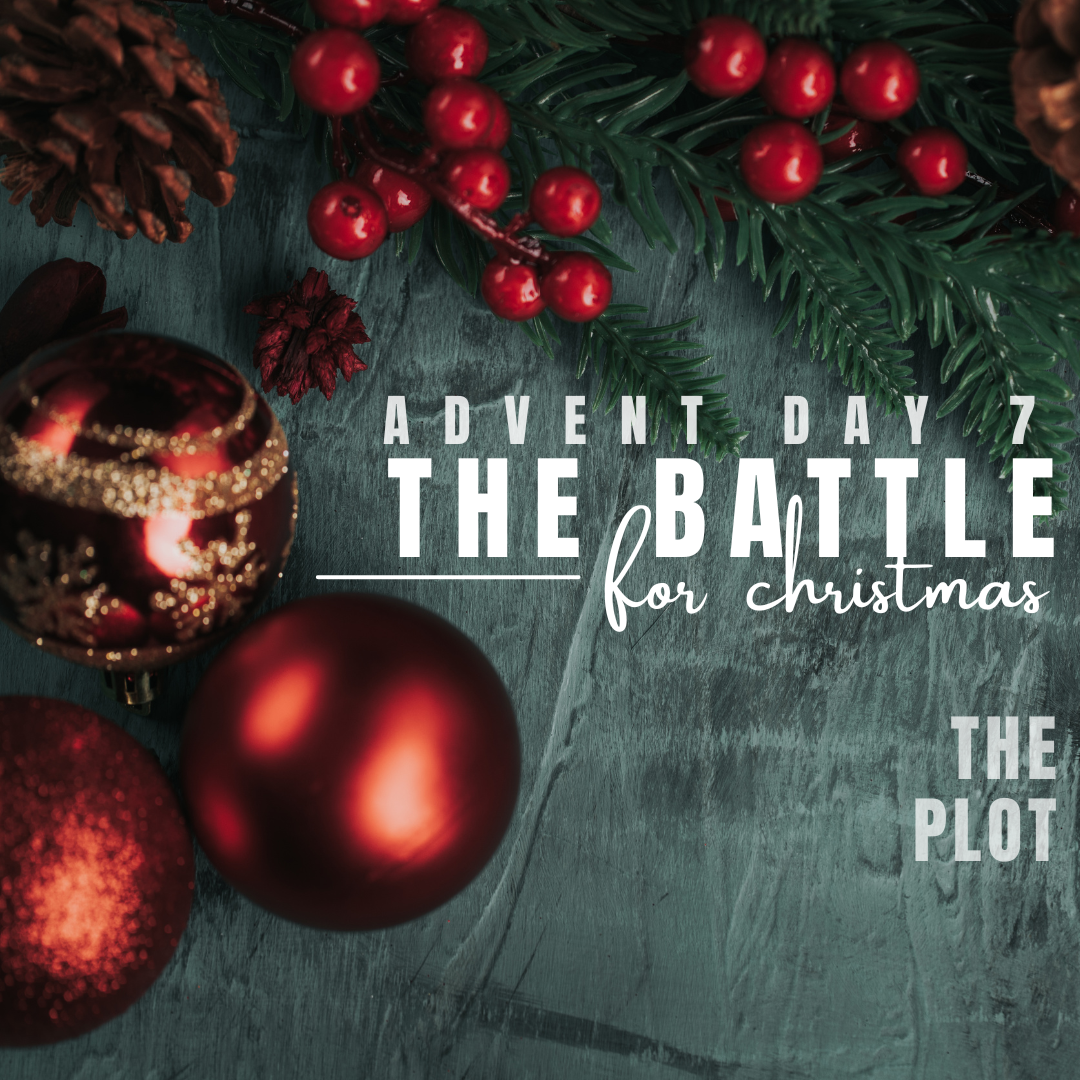 The Battle For Christmas • Advent Day 7

“In every province and in every city

to which the edict of the king came,

there was joy and gladness

with feasting and celebrating.”

“Do I hear the sound of sheep?” Samuel asked when he came to visit Saul after an arduous war with the enemy.

The answer was affirmative as Saul proudly declares he had rescued the best sheep and cattle for sacrifice when victory was found in the battle with Amalekites.  Oh … and let’s not forget, he spared their king, too, and brought him back to their homeland in shackles.

Doesn’t seem like a horrible idea at first until you look back and realize the command from God was to destroy everything.

Samuel confronts Saul with these words, “obedience is better than sacrifice.”

As Saul pleads for another chance, Samuel hacks to pieces King Agag in front of all who were congregated there.

Samuel leaves the bloodied body in a heap and walks away, never to be in the presence of Saul again. The onlookers may have wondered why such drastic measures had to be taken. Yet, we find 500 years later the saga of the Amalekites has resurfaced.

Saul’s disobedience did not just leave him a disgrace in the kingdom, but it would leave a foothold for the enemy to resurface and set a plan in motion to destroy the line of Judah.

The time of the exile left many of the Jews living in the pagan lands, this included Persia. There, an orphan girl is raised by her uncle before she is captured and taken to the palace to be held captive in the king’s harem.

Esther, a beautiful Jewish girl who won the heart of a king, became his bride. Although her story is not quite as glamorous as it sounds.

This is when the enemy takes the stage as Haman, the Amalekite, enters the scene becoming second in command. His first order of business was simple: exterminate the Jews!

The schemes of the evil one raged in the palace as the order was signed and plans were set in motion. Gallows were built as fear swept through the nation. Executions would soon take place.

But God … the capture of Esther would bring salvation to her people. As the plot unfolds she is given the frightening task of confronting the king and exposing Haman’s desires.

“Do not think that because you are in the king’s house you alone of all the Jews will escape.  For if you remain silent at this time, relief and deliverance for the Jews will arise from another place, but you and your father’s family will perish. And who knows but that you have come to your royal position for such a time as this?” (Esther 4:13-14)

Indeed, her time had come. The people fasted and prayed for deliverance.  Esther took her place before the king as she mustered up the courage to speak for her people.

The purpose for her palace capture was made known as the king heard her and acted.

The enemy shrieked in horror as the one he used for his bidding hung from the noose. He has been played the fool once again, as defeat strangled his plan. The battle is not quite as easy as it seemed, for God is always working towards victory.

A celebration took place in the land! The people may not have known the significance of this success, for it had greater implications than they could even imagine.

Nevertheless, we find them abounding in joy.

“For the Jews it was a time of happiness and joy, gladness and honor.  In every province and in every city to which the edict of the king came, there was joy and gladness among the Jews, with feasting and celebrating.” (Esther 8:16-17)

The Battle for Christmas still rages above but for a moment the people live in peace.