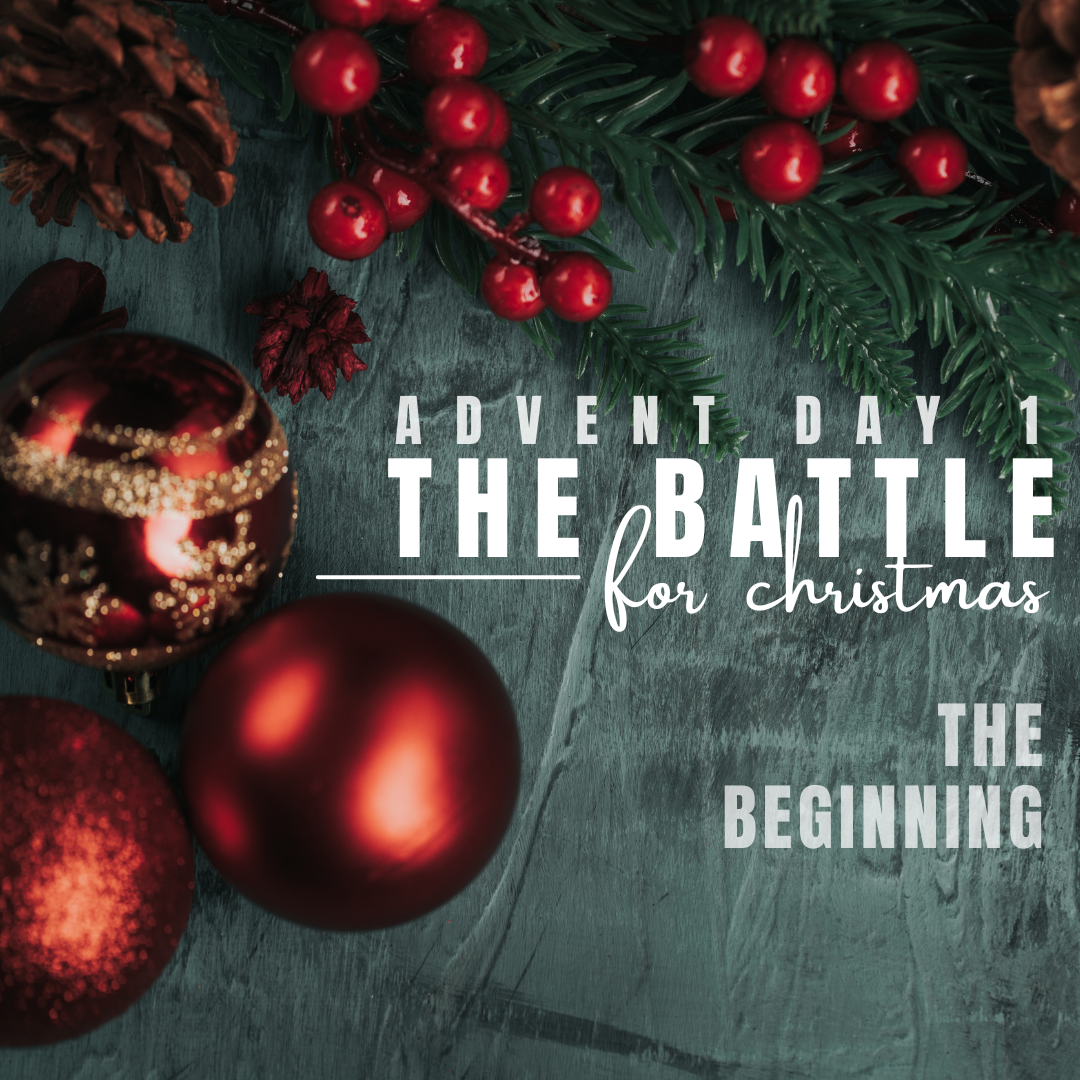 The Battle For Christmas • Advent Day 1

And I will put enmity

between you and the woman,

and between your offspring and hers;

he will crush your head,

and you will strike his heel.

The enemy shuddered the moment God spoke the words, “Let there be light.”

This phrase in scripture launched the creation of the world that would be inhabited by man. As Adam and Eve walked each day with their Creator in the cool of the evening the powers of darkness raged above them.

We don’t know how long this intimate interaction between God and man took place before Satan made His way into the garden among the trees. Deception entered into the world with a sinister tone, “Surely, you shall not die!”

In that moment a bite was taken and man saw himself through the lens of evil and was ashamed.

The smirk of the evil one was unveiled victorious as man hid himself in the garden. He had defeated the plan and pleasure of the holy One by bringing sin into the world and therefore death!

The perfection of their garden home was stained with blood as a covering for their nakedness was sewn together by the Almighty.

All seemed hopeless as man was expelled from the garden.

and their life of toil would begin.

Yet, hanging in the balance a glimmer of hope is given. The implication may not have been understood by man but the promise would bring assurance for the generations to come.

Genesis 3:15 And I will put enmity

between you and the woman,

and between your offspring and hers;

he will crush your head,

and you will strike his heel.”

A garden enveloped with peace is transformed into a world entrenched in war. The promise brings into focus a battle in which the serpent will be crushed while the seed of the woman is wounded.

Although the “seed of the woman” is not given clarity in this declaration by God Himself within His first recorded words after the fall, the remainder of the text will shed light upon the meaning.

Our omniscient God knew Satan would attempt everything in his power to destroy His plan for the redemption of man. In this process the seed of woman, the Messiah, would be bruised.

But within the bruising a glorious promise is given, Satan will be destroyed and man will be given life.

And so, the story of the gospel is set in motion as the Battle for Christmas begins to rage in the heavenlies.