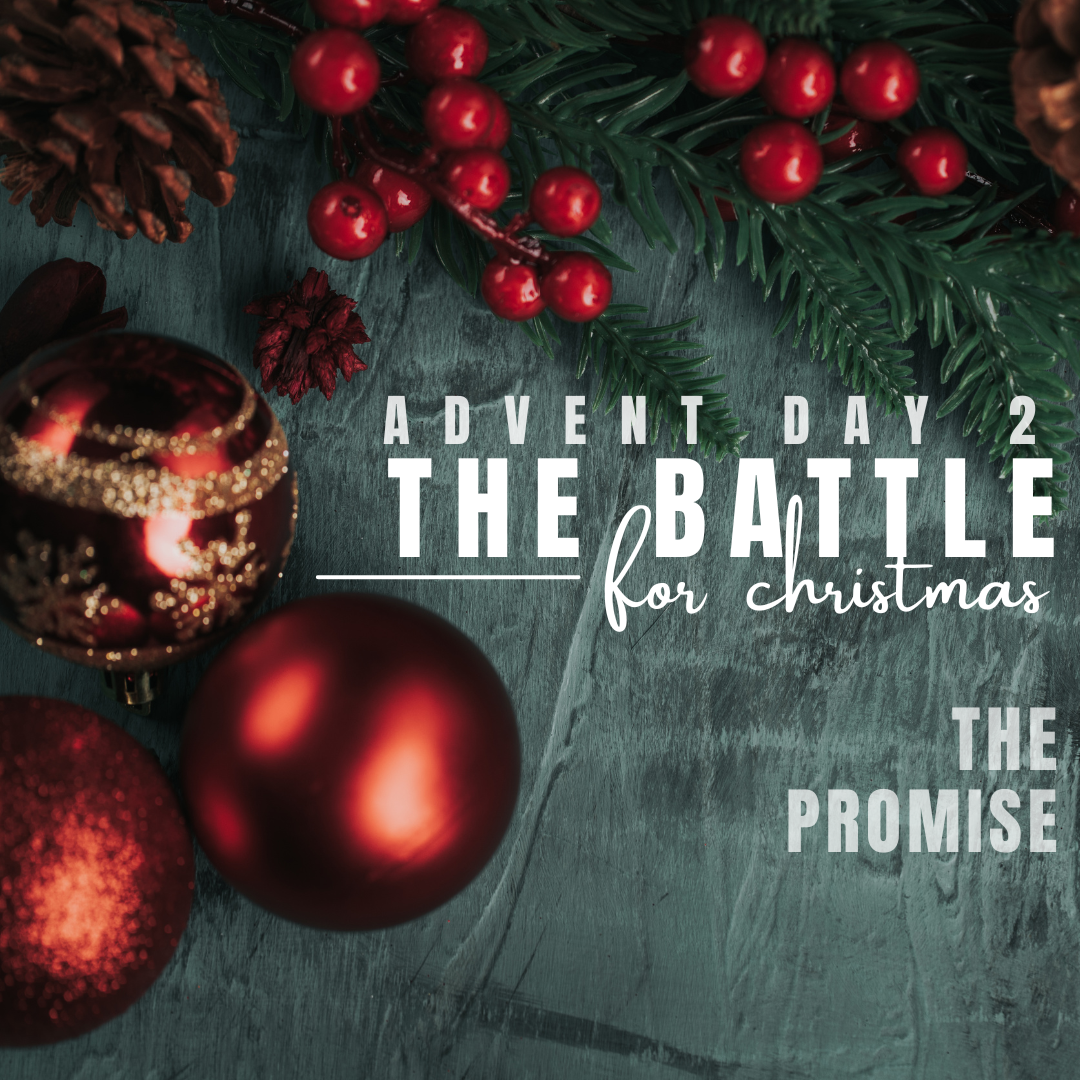 The Battle For Christmas • Advent Day 2

“If you belong to Christ,

then you are Abraham’s seed,

Confusion gripped the mind of the prince of darkness as he watched the servant of the Most High ascend the mount with his only son. Wood for a sacrifice and knife in hand were the only supplies to accompany their ascent.

“What was he thinking?” the enemy smirked observing the scene, “He’s making this too easy.”

The chapter unfolds as Abraham secures his son to the altar and raises the knife in the air prepared to pierce his heart. The act would destroy the one whose lineage would launch the promised Messiah into the world.

I’m quite certain the pounding of Abraham’s heart was equal to that of Isaac’s in those moments which seemed like an eternity.

As Abraham’s hands shook above his head just moments before the dagger would kill his beloved Isaac, a voice is heard in the distance. “Abraham! Abraham! … Do not lay a hand on the boy, … Do not do anything to him. Now I know that you fear God, because you have not withheld from me your son, your only son.” (Genesis 22:11-12)

Relief seems too simplistic to describe the overwhelming release that came over them as Abraham untied the cords that bound his son.

A ram would take his place on the altar and together they would offer up a sacrifice to their God while the enemy shook his head is disbelief.

The obedience of Abraham was necessary in order for a greater sacrifice be experienced. The ritual sacrifices from the past were now felt deeply in his soul for he knew what it truly meant for an animal to be his substitute as the blood of the ram spilled out on the altar for his sin.

The promise seen within Abraham’s obedience was a reminder for generations to come. Everyone deserves death because of their sin. But God… His plan would bring HIS only Son into the world to be sacrificed upon a cross shedding His blood. This time when the “dagger” was raised as a weapon to murder the Messiah the heart of the Father pounded in the heavenlies. Death would come and as the Father turns His back on His beloved He assuredly wept. A substitute for this sacrifice was not found for Jesus is the substitute!

Even in the horrific view of this scene, the obedience of our Savior as He gave His life for all mankind on the cross brings the same relief to our souls as it brought to Isaac.

We are Isaac. Born into this world with a death sentence upon our life because of our sin. But God! As the dagger of the enemy is raised above us we hear in the distance our name called out by the Spirit as He beckons us to believe.

“[Christ] redeemed us in order that the blessing given to Abraham might come to the Gentiles through Christ Jesus, so that by faith we might receive the promise of the Spirit.” Galatians 3:14

Abraham’s faith was counted as righteousness as he looked forward to the promise God had given to him.

Our faith is counted as righteousness as we look back on the fulfillment of this promise through the death of Jesus. Victory is seen as the cords are loosed from the one who hears His voice and believes.

The battle that took place on that mountain when Abraham lifted his knife was completed in the sacrifice of the ram. This gave Isaac the freedom to live in the promise his father was given. “Through your offspring all nations on earth will be blessed, because you have obeyed me.” Genesis 22:18

This promise launched the enemy into the Battle for Christmas with a fierce intent. The prince of darkness had lost again but he would not relent. His focus to destroy God’s plan would continue throughout each generation.

But the promise would stand as the faith of each heir to the Messiah persisted and the blessed covenant given to Abraham would be fulfilled. “If you belong to Christ, then you are Abraham’s seed, and heirs according to the promise.” (Galatians 3:29)