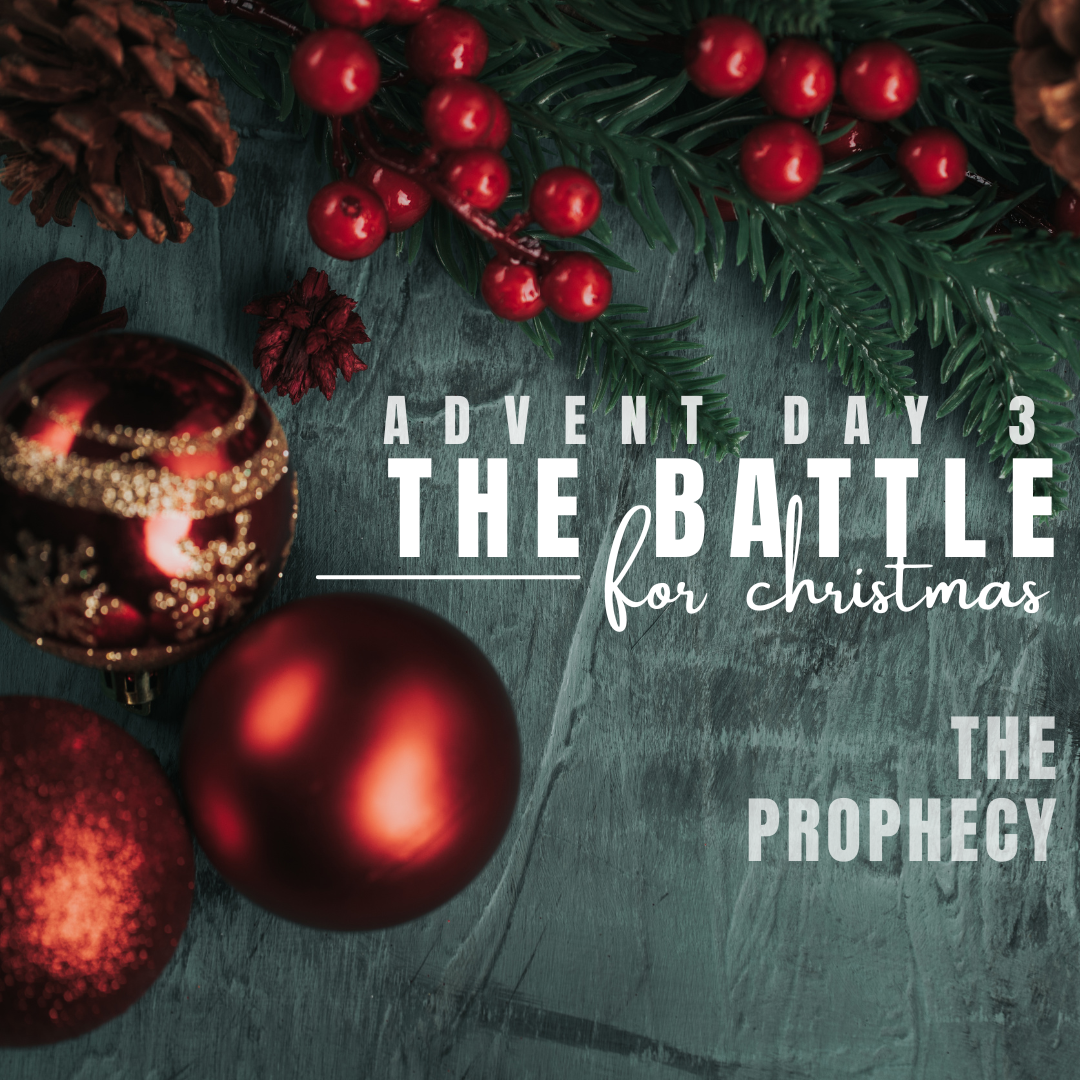 The Battle For Christmas • Advent Day 3

“The scepter will not depart from Judah,

nor the ruler’s staff from between his feet,

until he to whom it belongs shall come

and the obedience of the nations shall be his.”

Abraham believed … and it was counted to him as righteousness.

Isaac surrendered … and a substitute was provided for sacrifice.

Jacob prophesied … and the royal line of Judah was given.

The Patriarchs carried God’s plan for a great nation into the land of Egypt as Jacob blesses Judah with these words giving his lineage the throne.

Genesis 49:10 “The scepter will not depart from Judah, nor the ruler’s staff from between his feet, until he to whom it belongs shall come and the obedience of the nations shall be his.”

The beginning moments in their new homeland seemed prosperous but the time would come when God’s people would find themselves in bondage. Slaves of Pharaoh who feared the Israelite people and were threatened by their vast growth.

Exodus 1:9-10 “the Israelites have become far too numerous for us. Come, we must deal shrewdly with them or they will become even more numerous and, if war breaks out, will join our enemies, fight against us and leave the country.”

The likelihood of seeing a king arise from their bondage was diminished and they succumbed to the tyranny in this foreign land.

Here they lived, exactly where the enemy wanted them. God’s people ruled in cruelty by the one who did not acknowledge the Almighty. Held captive and unable to escape, the future seemed bleak.

Again, the battle for Christmas seemed a triumph for evil. But God… He was not surprised by their trouble for he had already placed within the seed of an Israelite woman a deliverer.

He would grow up in the palace and be given entrance into the presence of Pharaoh to lead God’s people from the land of bondage to the land of promise.

Eight hundred years would pass before royalty would be introduced to rule God’s people. Although, not in the way God ordained.

The line of Judah remained in the wings as the people demanded a king. It is in this moment that Saul, from the tribe of Benjamin, takes the throne.

Israel had gone ahead of God and their running would lead them through a season that found them very few victories as the Philistine army would rage against them.

This foreign army would expose their weapon of mass destruction. Goliath, a giant, bringing the men of Israel to their knees in fear. The people’s choice for their king is found hiding in his palace not knowing what to do. No one could win this battle and they would soon be taken back into bondage as they were in Egypt.  But this time they would be prisoners in their own land of promise.

The hopelessness in their fears as they ran for cover must have brought cheers from the demonic forces as they waited in the balance for this evil plan to find success.

The battle for Christmas seemed over for God’s people are paralyzed with dread.

Yet, in a field caring for sheep, a young boy would begin his preparation to step into his calling with courage. A battle would soon take place and God’s people would once again be found victorious.