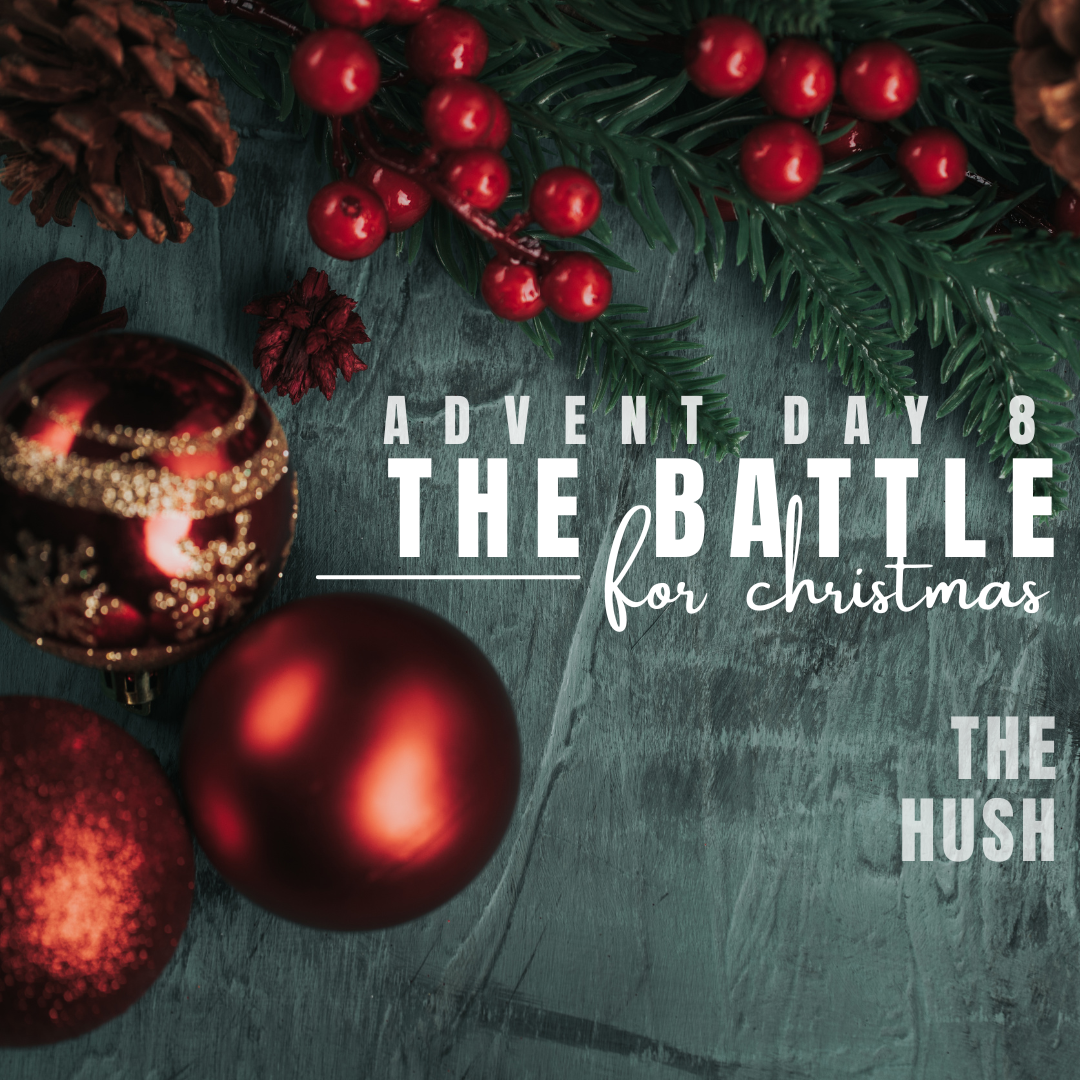 The Battle For Christmas • Advent Day 8

“The days are coming,”

“when I will send a famine through the land—

not a famine of food or a thirst for water,

but a famine of hearing

the words of the Lord..”

Silence blanketed the land of Judah, but this hushed moment did not bring peace. The stillness that plagued the land was deafening as God’s voice had vanished.

Amos prophesied of this time when:

“The days are coming,”

“when I will send a famine through the land—

not a famine of food or a thirst for water,

but a famine of hearing

the words of the Lord.

People will stagger from sea to sea

and wander from north to east,

searching for the word of the Lord,

but they will not find it.

The enemy would arise as shouts of vile blasphemy ruled the land and God’s voice would not be heard. It would appear the Battle for Christmas was over as evil invades Jerusalem.

The years following Malachi’s final message to the people were bleak. Daniel 8 prophesied about this moment in time when a ruler named Antiochus would take the throne and bring laws to the land that would annihilate the Jews, many of whom fled for their lives.

Even the priests of the tribe of Levi were commanded to abide by these new regulations. But one man stood firm.

As the first jewish sacrifice of swine on the altar was brought to the temple, Mattathias took action and put the one who defiled God’s law to death.  This act brought he and his five sons to escape the city and flee to the hills.

The books of Maccabees from the Apocrypha, an ancient historical narrative chronicling the time between our sacred testaments, record these events.

The saga continues as Mattathias and his sons set out to gather a small army of Jews to go up against the Syrian army. Even though God seemed absent in words, His power was still very much present within His people.

This puny army stood victorious recapturing their city and the temple 180 years before God’s voice would be heard again.

This victory would be instrumental in ushering in the plan of God as His One and Only Son would enter the world.

The Battle for Christmas marches forward as the people wait in anticipation for the promised Messiah.